The Real Reason Popeyes Ran Out Of Chicken Sandwiches

When Popeyes launched its fried chicken sandwich on August 12, it got a lot of positive attention - the Twitter announcement got more than 31,000 likes, which is pretty impressive considering that their posts usually get less than 400. What the world didn't know was that tragedy was soon to strike.
Popeyes ran out of chicken sandwiches before the month was over. But what's the real reason it disappeared? And when will the Popeyes chicken sandwich be available again, if ever? To find out, we have to go back to the beginning.
For the longest time, Popeyes only sold chicken pieces and tenders, with no sandwiches on their menu. They have a loyal fan following nonetheless, including the late Anthony Bourdain, who is said to have once eaten at a Popeyes buffet for three days in a row. The Popeyes chicken sandwich, made with their signature crispy fried chicken on a spicy mayo-slathered brioche bun and topped with pickles, was bound to be a hit with fans, but it had a few competitors who wanted to make their presence known when the newcomer started getting attention.
Chick-fil-A, a big name in the chicken sandwich game, was compelled to tweet out an equation alluding to the fact that they have the original chicken sandwich, stating:
"Bun + Chicken + Pickles = all the [love] for the original."
Popeyes wasn't having it, tweeting a simple "… y'all good?" in response. While Chick-fil-A's tweet got more than 23,000 likes, the reply from Popeyes got almost 325,000. Round one goes to Popeyes.
Wendy's, with its notoriously on-point Twitter game, also tried to get in the fight, posting a tweet that said:
"Y'all out here fighting about which of these fools has the second best chicken sandwich."
But once again Popeyes' reply -
"Sounds like someone just ate one of our biscuits. Cause y'all looking thirsty."
- got way more engagement from customers. The fast food chicken sandwich war has officially begun.
It's not just social media hype, either. The masses seem to agree that Popeyes chicken sandwich really is superior to Chick-fil-A's chicken sandwich, calling it better and cheaper. CBS This Morning's Gayle King, who called 15 different Popeyes locations trying to get her hands on one, said on her first bite,
Even celebrity chef Emeril Lagasse gave his version of a five-star review. He posted on Twitter that he was about to try the Popeyes chicken sandwich, and when a fan asked what he thought of it, Lagasse replied with two explosion emojis, the picture version of his famous catchphrase.
But not everyone managed to try one of the chicken sandwiches. Just 15 days after they launched, Popeyes made an announcement on Twitter, dashing the dreams of hopeful diners.
"Y'all. We love that you love The Sandwich. Unfortunately we're sold out (for now)."
A Popeyes spokesperson told CBS why the sandwich sold out so quickly, explaining:
"The demand for the new Chicken Sandwich in the first few weeks following its launch far exceeded our very optimistic expectations. In fact, Popeyes aggressively forecasted demand through the end of September and has already sold through that inventory."
The chain hasn't said exactly when the Popeyes chicken sandwich is coming back, only that they, along with their suppliers, are quote, "working tirelessly to bring the new sandwich back to guests as soon as possible." If you want to know the second it becomes available, you can download the Popeyes app and enable push notifications. You'll get an alert as soon as the sandwich hits stores, so keep gas in your car and a go-bag by the door, because you never know when the call might come.
And don't worry - once the Popeyes chicken sandwich becomes available it won't be disappearing again. According to a Popeyes spokesperson, the chicken sandwich is permanently on the menu. That's great for fans of the chain, but the question remains: What are we going to do with ourselves while we wait for its return?
Watch the video to find out the real reason Popeyes ran out chicken sandwiches!
#Popeyes #Chicken #ChickenSandwich

Have you tried the Popeyes chicken sandwich yet?

No i thought it had somethin in it

I have it good

Hell yeah that chicken sandwich got crack in it

Living in germany i never will

Its really not that good

All the ghetto talk makes them look pretty low class.

Well to bad I don't live in America

They're good but I still like chick fil a better.

The sandwiches were being tested in certain markets like Houston long before the big release. No lines. No one going crazy. Still good, but not worth waiting a long time for or rushing out to get.

So... Do you guys think Po Boys aren't sandwiches?? Because Popeye's has Po Boys on their menu..

1:39 Wendy’s replies with”lol, guess that means the foods as dry as the jokes”

Thank god for brokeness, cause i would eat all week at popeyes as well. High quality food for the price, and in nyc the staffs are great. Hard working ppl.

*Truth why it really sold out* Popeyes wanted to test out and see if it would sell well. And it did.

I think all chicken sandwiches are equally good

Holyshit I did not know it came out on my birthday

wow nice clip about nothing, Im way dumber than before, ggez report

Haha Wendy's isn't even in the same class as Mcdonalds.

Is it back now?

umm what about the murders and beat downs?

So this sandwich came out 5 months ago?

I bet it come back smaller...

i didnt try that junk and no regrets. Chik-fil-a is tops, there isnt anything Popeye's could have done to top a Chik-fil-a sandwhich. Plus Popeye's service sucks and their restaurants are nasty filthy.

Cool video but it is inaccurate to say they never sold sandwiches.They did sell chicken strip poboys,which is a sandwich. But yes,the menu has mainly been non sandwich items. They also had some creole dishes served over rice for a while. Also,if they run out again and you have a Copeland's chain restaurant in your area,they serve the same sandwich. Copeland's is a New Orleans chain restaurant started by Popeyes founder the late Al Copeland.

These food chains are hella ghetto. 😭😭🤣

The...LATE.. Anthony Bourdain who ate at Popeyes for 3 days? No. Of course that's not going to make me think that Popeye's Chicken killed him. And Chic-fil-A, who was founded on Christian values, lol, is still as greedy as all other fast food.....

Every bit as over hyped as an In'N'Out "Double Double". Go to Jack In the Box for a better Spicy Chicken Sandwich.

They ran out of chicken sandwiches because it was so good

Uh were I live there not sold out

Dumb video. When do you explain WHY the sandwich ran out?

Because the chicken crossed the road!

Popeyes is gross.. as well as the customers

chicken awaiting to be butchered- y'all are messed up.

They just wanted to make the ghettos light up. It's like the old joke: "How do you know Adam wasn't black. Answer: Ever try to take a rib from a black man?

what is it with the gays and the chicken restaurants? first gays vs chik-fil-a, then popeyes and gay le king

it has something to do with the gays right? its always the gays and the chicken-sellers that are clashing and causing issues.

I have the chicken sandwich and no I'm not lying..

It’s a sandwich folks...like the McRib...a sales pitch...they have em...they just sell em fast so u want more...easy money market...I can make this at home easy and simple..quit being a slave to the hype...making em rich is what they want...

So what is the real reason again?

No more chicken sandwiches Yes I'll pay for the damages

They straight roasting each other lmao

Man Gayle King is fine mmm she is a beautiful sister 😍.

I don’t like mayonnaise. If I got the sandwich, I would not have any sauce on it. And I would stab somebody for Popeyes red beans and rice.

It didn't sellout. They couldn't keep employees working during all that crap to make them.

WE MAKE OUR OWN Sandwich

WE MAKE OUR OWN Sandwich

The Clintons killed the sandwich

Imho Chickfila and Popeye's chicken sandwiches are too different to compare. They both do they're own aspects right but I myself can't say ones better then the other. They're both great in there unique ways.
Próximos vídeos 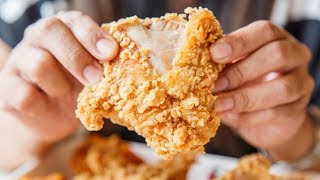 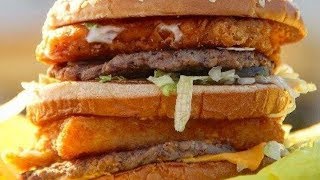 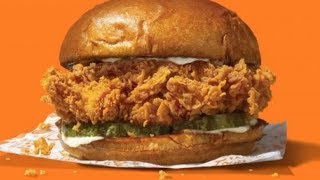 04:00
The Secret To Why Popeyes' Chicken Sandwich Is So Delicious
Visualizações 398 000 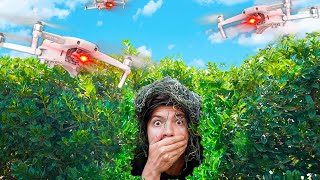 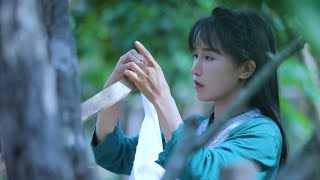 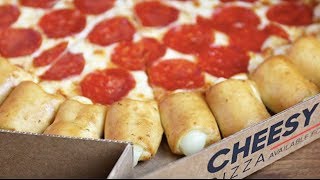 11:11
The Real Reason Pizza Hut Might Not Be Around Much Longer
Visualizações 603 000 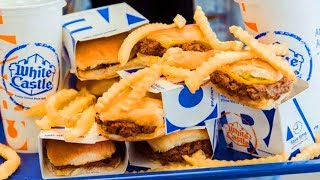 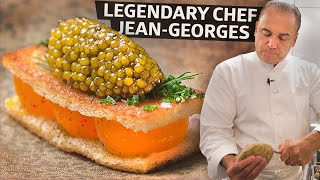 15:56
How a Legendary Chef Runs One of the World's Most Iconic Restaurants - Mise En Place
Visualizações 7 400 000

17:30
Is The Popeyes Chicken Sandwich Better Than Chick-Fil-A? #RighteousAndRatchet
Visualizações 2 200 000 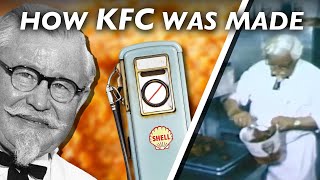 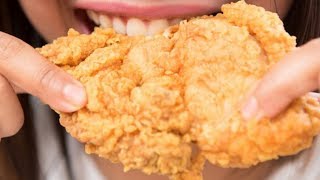 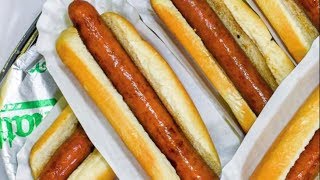 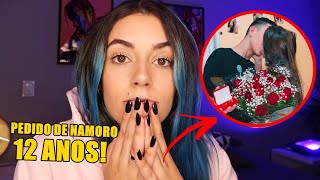 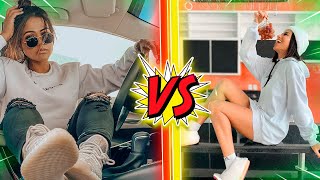 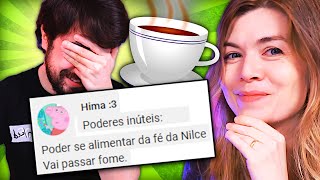 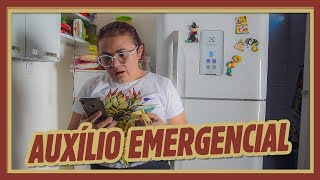 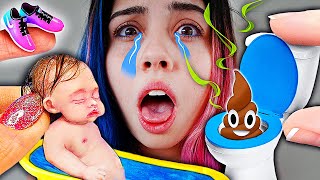 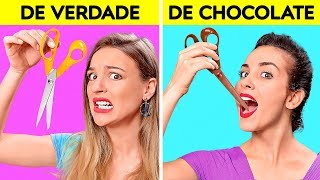 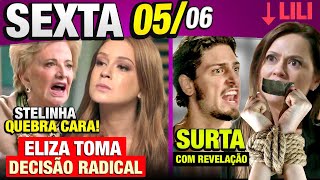 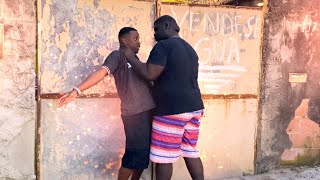 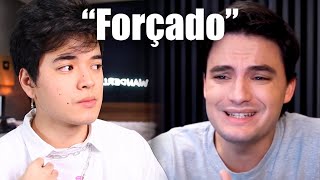