Pirates of the Caribbean Dead Men Tell No Tales - Father's Curse: Two years following the post-credits scene of At World's End, 12-year old Henry Turner boards the Flying Dutchman to inform his father, Will Turner, that the mythical Trident of Poseidon is able to break his curse and free him from his ship, and of his intent to seek Jack Sparrow's help to find it. Will does not believe the Trident exists and orders Henry to leave his ship and never come back.
FILM DESCRIPTION:
Pirates of the Caribbean: Dead Men Tell No Tales (released overseas as Pirates of the Caribbean: Salazar's Revenge) is a 2017 American swashbuckler fantasy film. It is the fifth installment in the Pirates of the Caribbean film series and the sequel to On Stranger Tides (2011). The film is directed by Joachim Rønning and Espen Sandberg from a script by Jeff Nathanson, with Jerry Bruckheimer serving again as producer. Johnny Depp, Kevin McNally and Geoffrey Rush reprise their roles as Jack Sparrow, Joshamee Gibbs and Hector Barbossa, respectively, while Javier Bardem, Brenton Thwaites and Kaya Scodelario join the cast as Armando Salazar, Henry Turner and Carina Smyth. The film also features the returns of Orlando Bloom and Keira Knightley as Will Turner and Elizabeth Swann, following their absence from the previous film.
CREDITS:
TM & © Disney (2017)

When he said I can break the curse, it would have been cool if will said “the Dutchman must always have a captain”

I wish bill could’ve saw his grandson at least once

1st of all why is will like that, he must’ve been lackin on ferrying dem souls 2nd if hes the captain then why does he give a shit about what the crew will wanna do, will was never a bitch

Except... did the filmmakers forget the original curse? Will could come ashore once every ten years. In the original script that didn't make it into At World's End, the curse of the Dutchman was lifted if Elizabeth remained faithful for 10 years. Davy Jones turned into a fish person because he stopped ferrying the souls of the dead AND Calypso wasn't faithful. They cut the curse being lifted part, but Will shouldn't have been all barnacle-y since there was 0 indication that he had stopped ferrying souls to the other side. This movie confused me so much, it was like the filmmakers completely forgot the Curse of the Dutchman from Dead Man's Chest and At World's End

I WONDER WHAT HAPPENED TO BOOTSTRAP

If the Trident was destroyed, what happened to Will's heart in the chest? Did it return to him?

Here's my question that's been bugging me, how the fuck can Will Turner even survive without the curse? Seriously, he would still no longer have a heart as it was cut out of his chest.

1:53 there’s a continuity error there because in At Worlds End all of the “creepier” sharper edges of the ship all fell off when it reemerged when Will became the Captain but tbh not of really mind this because the Dutchman looks cooler this way anyways

Was expecting to see Bootstrap Bill meet his grandson

So his body is starting to turn into what Davey jones and his crew did? That's kind of disappointing

@Emma Martin kinda seems redundant, that heartfelt scene in at worlds end when we see the barnacles and sea stuff peel off the crew... Only for it to be put right back on, like might as well keep jack cursed cause the monkey had a coin

Dizaster studios nah I think it’s just from being under the water for so long, Jones turned into a creature because he broke the rules of the ship.

The Dutchman must always have a Captain... trident in tact or broken

So mad they changed the layout of the dutchman

As emotional as the scene is this movie was totally fucked. Why is Will cursed? Why are they reverting to fishmen again? Why are they not doing their duty??? No explanation for any of these things, Will just up and decided one day "Yah know what m8 fuck this job imma just eat some barnacles from my face"

Like a wet fart the movie deflated after this scene. But this scene and the final scene were wonderful.

Kid is a damn good actor for his age.

There really isn't a reason why Will should look like this since he's doing his job.

Behold ! The trident. Explained in this 5 minute vid brvid.net/video/video-Od4Er8CxL2M.html

Honestly I hate this movie but this scene is great.

What I don’t understand is why is it a bad thing for his kid to be on board? What are the crew mates gonna do to Henry? Crucify him? He’s the son of the Captain of the Flying Dutchman.

This movie was so bad. I hope the sequel is never made, they don't need to assassinate Davy Jones too.

This movie shat on the lore of the old ones. He’s not cursed he has a duty.

@Trilla Resurgence Calypso literally told Jones that ot wasnt supposed to be a curse and that his anger and negligence corrupted his purpose.

Why is will like Davy Jones now, I hate this continuity, I thought will would do the job that the Dutchman’s crew were assigned with to guide the souls to the underworld

"You stay away from Jack." I know he's nothing like what he once was in this film, but... why? Will should know that if anyone could find a hidden artefact, real or not, it's gonna be Jack.

But Jack is technically the reason why Will is on the Dutchman in the first place.

Full bored and into the AbyssAH

Why do random sea creatures attach themselves to the crew’s faces? That must really hurt

The best beginning of the movie this sequel could ask for.. dramatic, emotional, continuing where AWE ended. And then the rest of the film happens. But truth to be told, most of the dissapointment comes from Jack himself rather than from the rest of it.

I love how these movies glorify pirates as noble heroes like they weren't a bunch of drunken murderers and thieves. lol

They were not glorified, because the main heroes of this saga are Turner family who were forced into pirate living to defeat other pirates to save eachother and have a happy life. Jack comes in as the other main antihero, who indeed acted like a filthy pirate, using his friends, even selling them if needed to achieve his needs. But he is kind of a special pirate, he does not plunder, but rather seeks adventures and freedom on the sea, while others around him are exactly what you described, which makes him that incredibly popular outcast.

This was the only good scene with deep and good plot it was really great and dramatic. The rest of the film is more effects than story. Kinda love this scene though.

Harvey Shaw I think of the 3rd movie as the last movie in the franchise. Giving that it’s the last good one.

I don't know why I get tears in this scene. Maybe it's the music, maybe it's that I relate to Henry's need of a father, maybe it's that hug Will gives to him or it's maybe the "the trident can't be found, I found you" line.

This is the only good scene in this awful movie

Isnt will the captain of the ship why does he care if the others know the sons there?

Outro song I forgot its name?

Everytime that theme starts playing I get goosebumps

such a useless line

the only good scene in this shitty movie.

It not every day he get to see his father, I'm sure he did not give a fuck about that

People here talking about Wills Appearance... Well its simple... Take one more good look at Davy Jones and his Crew They are transformed into the form of living creatures in the sea while Will had not... Its because of their long exposure inside the ocean that these fungus and whatever start to grow... Moreover if u r wondering bout Wills Father Bill Turner well I don't know that.😂.. BDW it was just my guess

"look at me son, I'm a fucking OSTRICH"

“They know you’re here.” So? Aren’t you the captain?

brvid.net/video/video-hTkIIvApmok.html Watch this link how davy jones explain that the crew are not bounded to him... @7:22 of the said link

@Stnay Bhavia By "The Duchman", I meant The Flying Dutchman ship.

@The Watcher what is The Dutchman? I thought Will was the "Dutchman"

King was funny -er cause she a girl

They know he's here? So what? Aren't you the captain? Are you afraid of your own crew?

I wonder what they do down there

I wanted to see jack and will together at the end of the film. One more time

where can I find the music clip?

They should've named him Philliam

Holy shit the acting in this scene is so shitty, I'm literally in disbelief watching this rn. Wtf

There's stuff in this movie that's great, too bad it's hampered by a weak story and Depp's worst performance as Jack Sparrow. And Salazar just isn't a great villain, hell I'm almost convinced that Beckett was a better villain. In terms of the good, the flashback to Jack defeating Salazar, Geoffrey Rush as Barbossa, all the tie-ins to Worlds End (including this opening scene), and the few times where Jack actually seems like Jack.

Will-"This is my fate, you must let me go." Henry-"Okay!" Roll credits.

Wasnt the reason why the people became fishy because the duchman wasnt doing his job? If so Will becoming the captain and doing his job shouldnt have made him like that right?

Probably some inconsistency because of details forgotten by the director, just like the origin of jack's compas

I have mixed feelings about this movie but man does the line at 1:30 give me chills.

Henry - like the tales of you and Captain Jack Sparrow? Michael Bolton - THIS IS THE TALE OF CAPTAIN JACK SPARROW!!

So is Jack Sparrow immortal 😯

Jones neglected his duty and became a horrible sea creature. Dose that mean will isn't ferrying souls to the other side anymore

I still do not get why the Dutchman and crew went back to being rotten and seafloor again. Will does the job of carrying souls, and was still his his sexy self in the "10 years later" end-credit scene of movie 3. I guess it makes the urgency of the quest more potent, but it is still bad continuity.

wanted to se more of Will as the dutchmens captain. A wasted oppotunity. Orlando looks damn cool & with the rough voice. It fits

@Corbin Wylie why wouldn't he obey, Jones gave up because the love of his life betrayed him. That never happened to Will. Plus in the third film we see Will getting back home after 10 years, looking completely normal 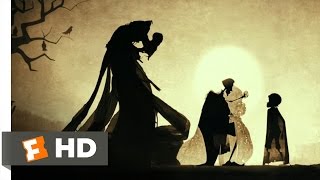 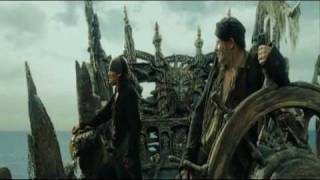 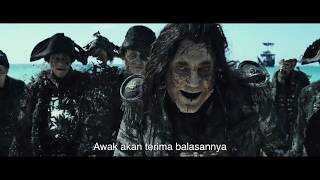 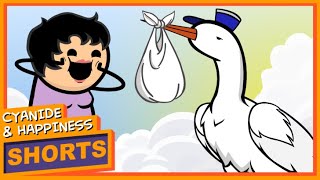 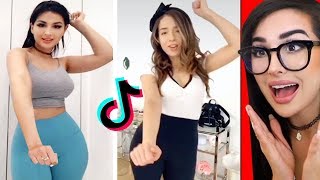 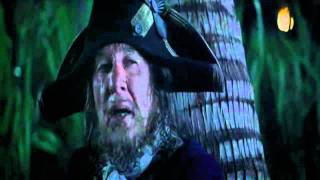 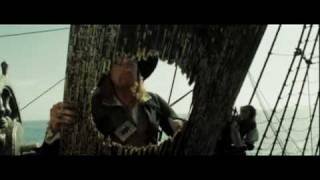 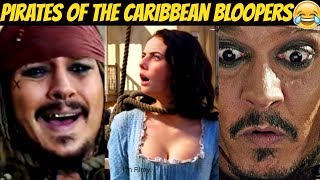 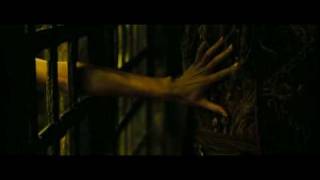 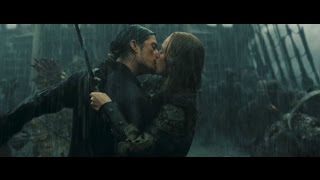 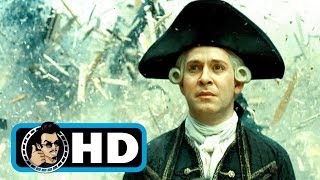 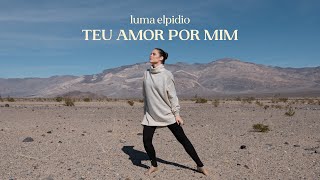 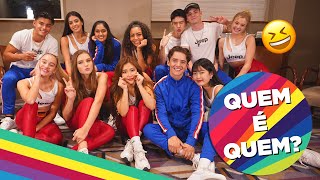 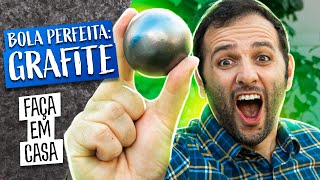 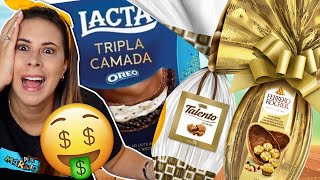 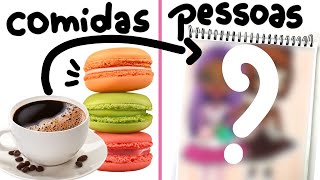 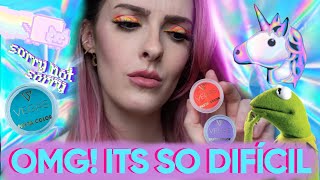 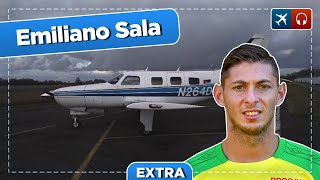 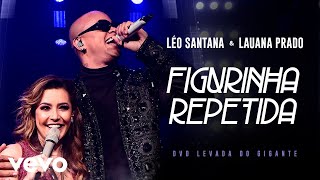 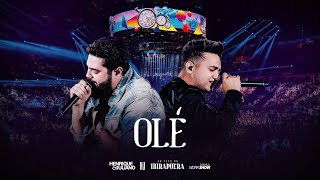