I played WWE 2K22 and I was pleasantly surprised... That's not something I thought I'd say after playing this game. I got to test WWE 2K22 on January 13th. I got to play with VYBE (SimplyBetterAM & Phoenix Nitro). We played a near-final build of the game. We saw everything that will be in the game. The only thing we didn't see were the Showcase mode unlockables.

I'm still under NDA so I can't discuss everything I saw so I will be discussing my overall first impressions of the game. I talk about MyGM, MyRISE, & more. Shout out to 2K and Visual Concepts for flying us out to California for this opportunity. It's greatly appreciated.

Rock the merch! teespring.com/stores/bdeshop
- Send a picture of you with the merch for a shout out!

Get 20% off your order when you use code "BDE" at checkout!
rockemsocks.com/bcollymore

WWE 2K22 is an upcoming professional wrestling video game developed by Visual Concepts and published by 2K Sports. It is the twenty-sixth game in the WWE game series and the ninth game under the WWE 2K banner. It will be released in March 2022 for Microsoft Windows, PlayStation 4, PlayStation 5, Xbox One and Xbox Series X/S.

Compared to his 2K20 impressions, things seem to be looking good for this game!

Sounds good so far, I'm guessing matches hasn't changed but i expected that, maybe with the power they have with next gen next year!

Has anyone noticed it has a day of reckoning vibe with a more simulation feel and presentation? Plus the added gm mode, I think it draws inspiration from all series before(a tiny bit). Cant wait to see how it plays out.

I’m excited for this game. Models look so good. 2K actually listened this game and it’s showing. Can’t wait to actually get my hands on it

It's so cool that you guys got to play it early, I was very sceptical this year but I'm liking what I'm hearing, it's suprising that both MyGM and Universe are in it. Are they going to feel like completely modes?

I’m so excited! Thank you so much for this BDE! You’re truly amazing! I’m so happy you got this opportunity with 2K. You deserve it so much!

Glad the game sounds enjoyable so far. Just really want gameplay to be good and less bugs. Also I hope they add alot of attires in the game or more clothing gear for wrestlers. The past 2k's just recycled what the wrestler wore in previous game.

I'm so happy you got to do this Brandon. You deserve it! I can't wait to see what kind of content you start rolling out with 2K22.

I really want 2k to release the roster since so many people have been released, hoping some of them are still in the game

Hearing your good impressions about the game gives me hope that it will be good and way better than 2K20. The models of the superstars in 2K22 look really good so far. I didn’t pre order 2K20 and I’m glad I didn’t with how it turned out when it released cause I had a feeling it would be bad. I only played it during a free trial weekend on Xbox and it seemed a bit better since release but still wasn’t that good. I’ll definitely wait for more gameplay before I decide to get 2K22 or not

My only concern is the roster size considering all the releases

Nice to hear the titles look better! I love the WWE spinner belt, and always hated how it looks flat in prior games

I'm excited for this as I like to spend the most for all the extra Content early on..I hope they go into giving us games every other year instead of every year. So they can truly put time and effort into it.

I did have an open mind about this however I still had ptsd from 2k20 so I was hoping it would be at least playable but after listening to this I am a lot less sceptical and more looking forward to where they drop more content coming closer to release so we can all actually see 2 years improvements.

I'm glad to hear this

I’m glad they’re making the titles look great this time around. That was always a nitpick for me in the past games

I haven't played any wwe game for a long time, but i gotta say Im hyped about this. Hope they wont screw up like last time.
Próximo 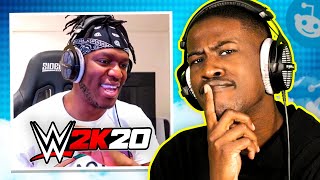 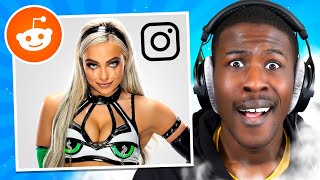 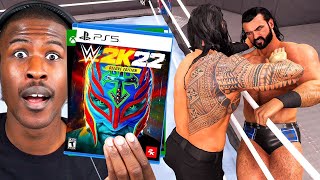 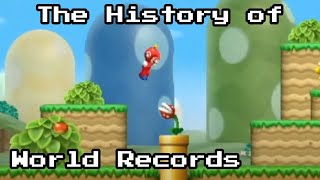 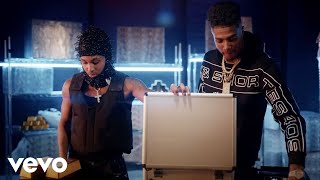 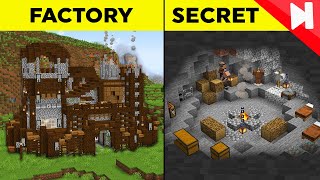 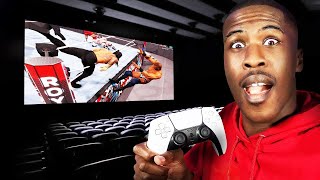 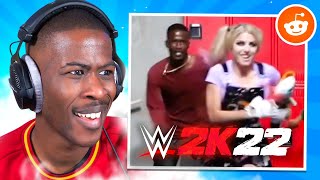 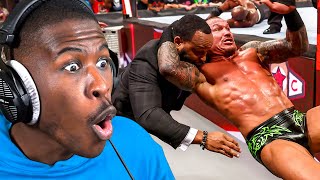 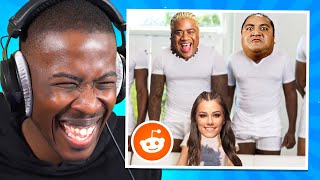 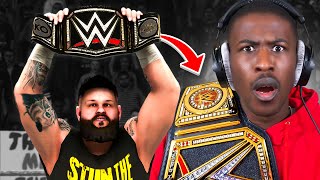 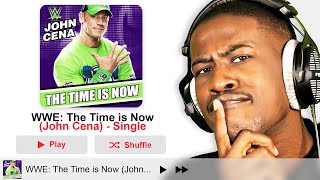 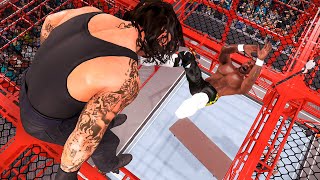