Can 100 Players Hunt Me Down in Rust?

Can 100 Players Hunt Me Down in Rust? FancyOrb brings in 100 viewers and it's his goal to survive as long as he can while they chase him around this map. Basically manhunt except the ENTIRE SERVER is after him. Can he stay alive for 2 hours before he is destroyed?

Join the Discord to play in these videos: discord.gg/KkFsxht

Should we do a rematch? Join my Discord to play in videos like these! discord.gg/KkFsxht

This was so fun to watch do more vids like this

pleeeease do rematch!!! no rocket pvp/Grenades tho :( was a cheap kill at the end, could of made you disarm and put you infront of a 100 man firing line xD

I wonder what happen if they raid safezones on random server

@dovydas gudelevicius you fi i

@FancyOrb epic video keep it up

It’s the man himself BAZ!!!

oooo noice my guy imagine getting in 🥲

You thought you could ESCAPE us Fancy?! You brought Bazz into this?! Gluman and I will never FORGIVE you for this! love you mama, beautiful vid as always ❤️

had an absolute blast being a part of this, great video as well fancy!

bazz and his death was the saddest thing in rust.

Thank you for your protection

This was the only rust video I've genuinely smiled in since House of Cards by Frost. Awesome video. As much as my chad ass loves pvp and all that, roleplaying, especially where its like a TV or movie, is my favorite. This was such a banger! More content like this please!

@Ptao Tom Well, the human brain has an amygdala which is your fight or flight response. What differentiates humans to a monkey, is we have a prefrontal cortex, which gives us rational thinking and high levels of emotion. This part of your brain easily becomes attached to certain things emotionally. For example, if you see a cat die, you feel bad but it’s not something you think about forever. You put a name on a cat and see it die (having seen it no longer than the previous) you will feel an emotion of guilt and sorrow due to the name being placed on it. When they circled their graves, your brain put an emotionally connection to the characters shown. To further prove my point, you probably didn’t care or even think about the 1 farmer since he wasn’t really mentioned and you didn’t get a stable connection to him, whereas with Baz, you probably felt upset and sad because they showed his character and your brain made an emotional connection towards him. You’re welcome.

WOW this is amazing bro you’re god tier at story telling, you put so much emotion into these it’s absolutely crazy

Having Farmers revolting after there farms were destroyed was classic to the story! Great job on video

Well I gotta admit this 100 players video was a great one! Absolutely loved the story telling and editing you never seem to fail to impress us subscribers Mr. Fancy let’s see if you remember me brotha thanks for making my lunch break relaxing 😌✌🏼

@FancyOrb I appreciate you waiting brotha and to answer that pinned comment you already know the answer to it I’ll be waiting on the next one brotha! 🤘🏼😎🤘🏼

Having Farmers revolting after there farms were destroyed was classic to the story! Great job on video

Thanks for letting me join it was so funny that after you died you took on pvp inside the bunker and i died after 5 seconds 😂 it was super fun !

Gluman's introduction to his litte brother was wholesome 🙃

@Bazz it was wholesome when u said im dead :(

@Bazz We will never forget you Bazz ):

gluman is my big bro

definitely diving into your videos. Thank you so much for taking the ti to teach us that are green in the field. Have a great day

Lol glad you pointed out these awesome moments, and glad you served us fellow farmer

Flak was right. My eyes felt something when Bazz went down.... you did an absolutely fantastic job with this video!! Love the effort and creativity of it!

"We aren’t looking for Violence" Fancy’s first reaction: *Hire them as a protection team*

Such a good video man RIP to my farmer brothers 🥲

That Heli EVAC scene was SO emotional. RIP Bazz 😭

This was fun to play in definitely should do a rematch!

Man I love the drama and story that forms in this 100 players episode.

This was so entertaining, it felt like I was watching a movie

I wish I had money to get rust cause you make it look fun.

You made it feel like a trailer of a movie i love it!

Fancy fancy fancy... You leave me conflicted, at first I wanted to see you fall for the betrayals and violence you brought upon your subscribers in previous encounters, but now.... I seen your change of heart, after seeing the conflict war can bring to innocents, you chose to run and save the farmers. You... the one who started the admin war vs subscribers.... But Brollow... You ordered an attack on the innocent farmers, to which I am disappointed. You were our hope, our Guardian angel, however you proved me wrong. After you ordered the attack on the farmers, I left your corner. Fancy.... Fight the good fight. After witnessing the destruction of the farm... I am on your side, do not let us down. (All things aside I love yous all, yes even brollow and gluman, keep up the amazing content! I can't get enough!)

That really timid/friendly sounding "I am bloodthirsty" just got me, idk why

When u see a new video come out u know it's going to be wild.

The last stand was actually so great, nice edits and Love the vid

Fancy Is legit my fav rust channel no cap

Gahdamn this was entertaining man, thankyou brother's, when the farmer's all cocked there shotties was hilarious

Its a good day when fancy uploads

The way fancy turned around in shocked at 12:50 when bazz died 😥

Always so much fun to watch

KEEP THE GOOD WORK UP

I had so much fun watching this :-)

This the reason u the best youtuber !!KEEP THE WORK UP!!!

Holy! What a video! I'm so stupid i cried when we got to the bazz grave part :))) This is how good the editing was!

Had to sub, went through so many emotions w something I never thought would would make that happen 😭😭

Fancy : *casually calls god to get a meteor airstrike*

Fancy Is legit my fav rust channel no cap

is this a rust video or a movie ..the storyline 😭💯

That was absolutely amazing. Great video! Also, can anyone tell me what music was used in the final battle?

The fight scene music makes it so much more dramatic, i love it so much 🔥

We need a Bazz memorial service in every video Fancy.

R.i.p bazz you will always we in hour hearts ♥️

Such a good video man RIP to my farmer brothers

Fancy, a God with many powers, decided to finally lay down his rifle and hide away from the world. In a world where he has tormented and killed so many, he could not be left alive any longer. So Brollow had an idea. He gathered many of his comrades, and placed a massive bounty on Fancy's head. Unfortunately for Brollow, Fancy caught wind of this. In a matter of a few hours, he managed to collaborate bodyguards, a stunt double, and a bunker far away from Brollow's base. And so, the hunt began. Fancy took the initiative after his escape thanks to his stunt double, and began to hunt for patrols around the land. One day, he came across a humble farming village, who opposed violence. Despite knowing he has to keep moving, he left, but they had misfortune. Scouts spotted their car outside the village, and so, Brollow sent professionals to burn it down due to them sheltering Fancy for a moment. Soon after, Fancy met with his right hand man, Gluman, with his younger one. He informed Gluman of his bounty, and asked for his assistance. He agreed, as long as he kept his little one safe. When they returned, they found it ruined, ransacked, and burning. Those who survived were devastated. Fancy took the opportunity to try and convert them into his allies... It worked. However, a storm was brewing. A party of men found them, and laid shots upon the village. Seeing this, Fancy called for evacuation, but had to move due to the possibility of an encirclement. Sniper shots rang, and men started dying. Farmers died, the stunt double died, and Gluman's younger one, died in the crossfire. (Whoever killed him is a warcriminal, ngl, he was too young to be shot ;-;) They evacuated, but not without loses. They attempted to hide back in their bunker, but eventually, Brollow's forces found out. The man himself gave Fancy the choice to surrender, but Fancy declined. As Brollow prepared his men outside, so did Fancy for one last stand. The doors were opened, and Heck broke loose... Rockets flew, men died, and bodies stacked. They held them off for some time, until their own started falling. Fancy retreated into one last room, with nowhere else to run... At his final moments, did he regret bringing others into this hunt for his petty life? We will never know, for a grenade claimed his life. And that, is the end, of The Hunt.

I literally look forward to this every upload 🔥

@FancyOrb Now that would be really cool

@Benchaneer If you ever have story ideas, please message me on Discord! We can create your ideas in rust

​​@FancyOrb I genuinely enjoy making stories of these amazing rust videos you make. Though I do not own the game, I vividly enjoy watching all of your content. Hope you have a good day mate, and may Bazz rest in peace.

BROOOO before I uploaded this I was hoping for your comment. You always narrate the 100 player videos and I ALWAYS look forward to this

Haven’t watched yet but looks fire 🔥

12:13 FancyOrb You Calling A Meteor Air strike That Crazy

The cat man strikes back from enardo to fancy

This turn from a manhunt to war real quick

I was so sad when bazz got sniped

Another GOAT video as usual

I love your videos man its just epic
Próximo 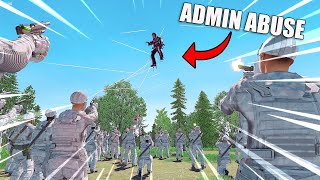 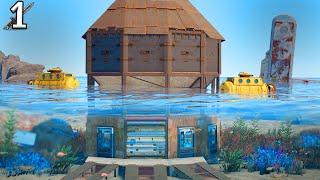 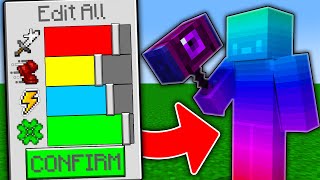 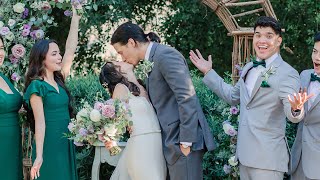 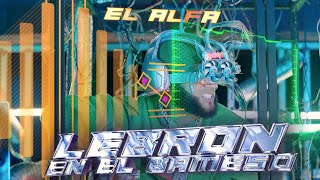 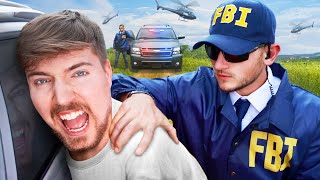 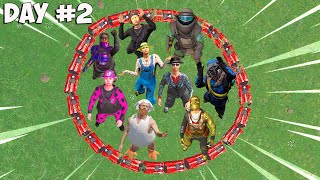 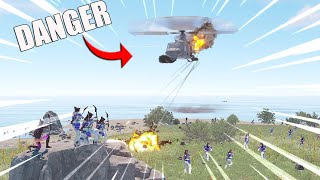 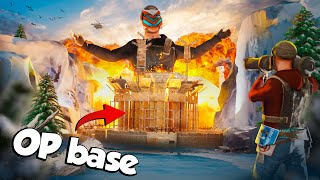 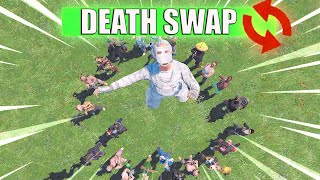 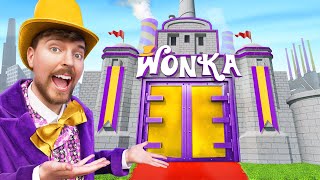 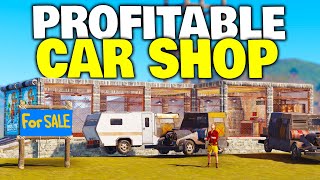 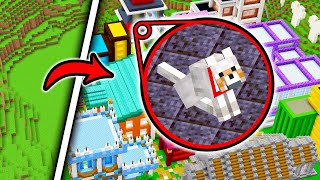 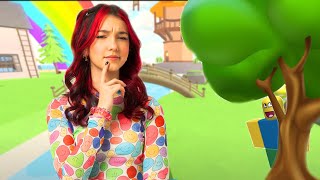 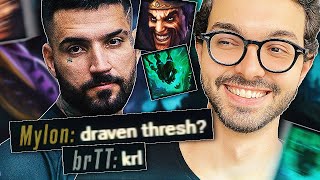 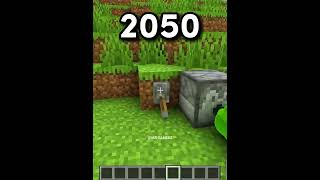 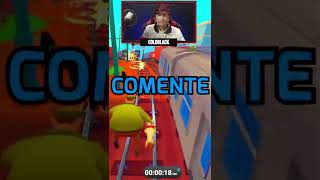 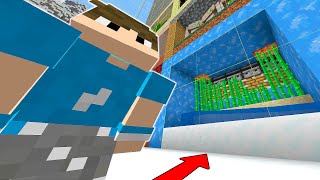 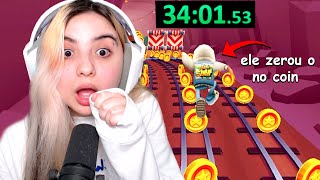 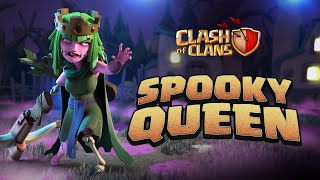 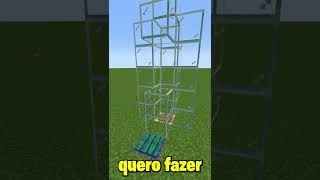 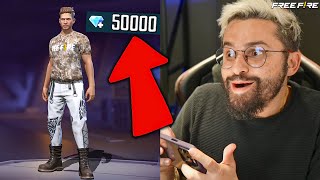